A Most Memorable Day

My memory of that day is vivid. It was a beautiful crisp fall day as only Chicago can have with its bright blue sky, puffy white clouds, and tree-lined street of orange, red and yellow leaves. 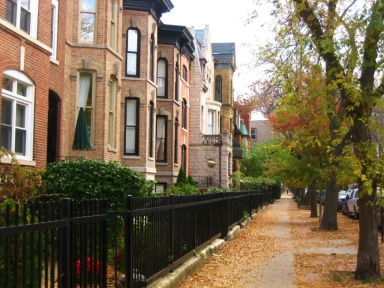 I had just arrived home from an otherwise unremarkable day at my law office.

As I opened the door and said, “I’m home”, Lindy and my daughter came out of the kitchen carrying a tray with a teapot, mugs, and cookies. They each hugged me and then we all sat down to have some tea.

After pouring our tea, Lindy said she had something important to tell us. With a shaky voice, she told us she was pregnant. As her tears began to flow, she said that she was scared and had no idea what to do.

I was speechless for a bit as I watched the tall, thin blonde girl, wearing a grey college tee shirt and faded jeans, sip her tea and cry.

After some more hugs and a few cookies, I asked about her boyfriend, Devin. Lindy told us he was supportive and was going to leave the decision up to her. He too, was scared and hadn’t yet told his family.

With my daughter’s arm around Lindy, and my dog’s face in her lap as Lindy rubbed her behind her ears nonstop, I suggested she go to Planned Parenthood to explore her options. I had never been to any of its clinics but I knew it provided healthcare for women – including abortions.

Lindy, an 18 year old college student, was working for me to provide after school supervision to my 12-year-old daughter. She was from a small town in the Midwest and had recently moved into the dorm at a local urban university near my home. She was a lovely young woman with a special talent for relating to my daughter as an older friend rather than a babysitter. She also loved our dog and enjoyed walking her around the neighborhood with my daughter after school.

Shortly after beginning her freshman year, Lindy met Devin – a local Chicago commuter student from a nearby western suburb. The two 18 year olds began dating and soon fell in love – a true first love for each.

After tears and hugs and another pot of tea, I suggested that Lindy go to Planned Parenthood as I had heard this organization might be able to help. The next morning Lindy and Devin went to a nearby Planned Parenthood clinic. They met with a social worker and a nurse who explained their options: 1) have and keep the baby, 2) have the baby and put her/him up for adoption, or 3) have an abortion.

The next few days were very difficult for this young couple weighing their options and going back and forth on each possible choice.

Three days after visiting the clinic, Lindy reached her decision. She decided to have and keep the baby. Devin agreed with her choice. The couple then decided to tell their families.

This did not go well – especially for Lindy whose parents told her they would cut off her funding for school. Hearing this disappointing news about Lindy’s parents, I offered my basement as a substitute dorm roomwhere they both could stay.

Devin’s family was more supportive and helped the couple fix up my basement to live in while continuing their classes and awaiting the birth of their baby.

The months went by and Lindy and the baby inside her grew. Devin showed his love in many ways as they adjusted to their new home in my minimally refurbished basement.

Right on time, their baby girl arrived with chubby cheeks and the same red hair as Devin’s mom. The kids decided to get married. I’m happy to say that Lindy’s parents were finally won over by the couple’s devotion to each other and the wonder of their first grandchild.

It’s been almost 20 years since this all happened. Lindy and Devin are still married and have had two more children. Their red-haired daughter is now older than Lindy was at the time of giving birth. Lindy and Devin each finished both bachelor and master degrees. Both sets of grandparents couldn’t be prouder.

To this day, Lindy thanks the social worker and nurse at Planned Parenthood who laid out her options and ultimately helped her make her decision by stressing that she had to ultimately do what was right for her.

Lindy knew that neither abortion nor adoption were right for her. To see her lovely family today, it’s so clear she made the right decision.

Why I Stand with Planned Parenthood

The reason I am sharing this story at this time is because Planned Parenthood has recently been under outrageous and unfair criticism – something that this resilient organization has nobly born since its origins dating back to 1916 when Margaret Sanger opened the first birth control clinic in the U.S. and landed in jail for violating the law – convicted of distributing birth control literature considered obscene at the time.

In my opinion, Planned Parenthood does not get nearly enough credit for the breadth of its services and how it continues to help women from all walks of life.

For Lindy and all the other women who have been able to chose what is right for them, THANKS and I PROUDLY STAND WITH PLANNED PARENTHOOD!

For this Post’s Song, What Song Could be Better than Steve Wonder’s “Isn’t She Lovely” written about his new baby daughter – ENJOY!!!!